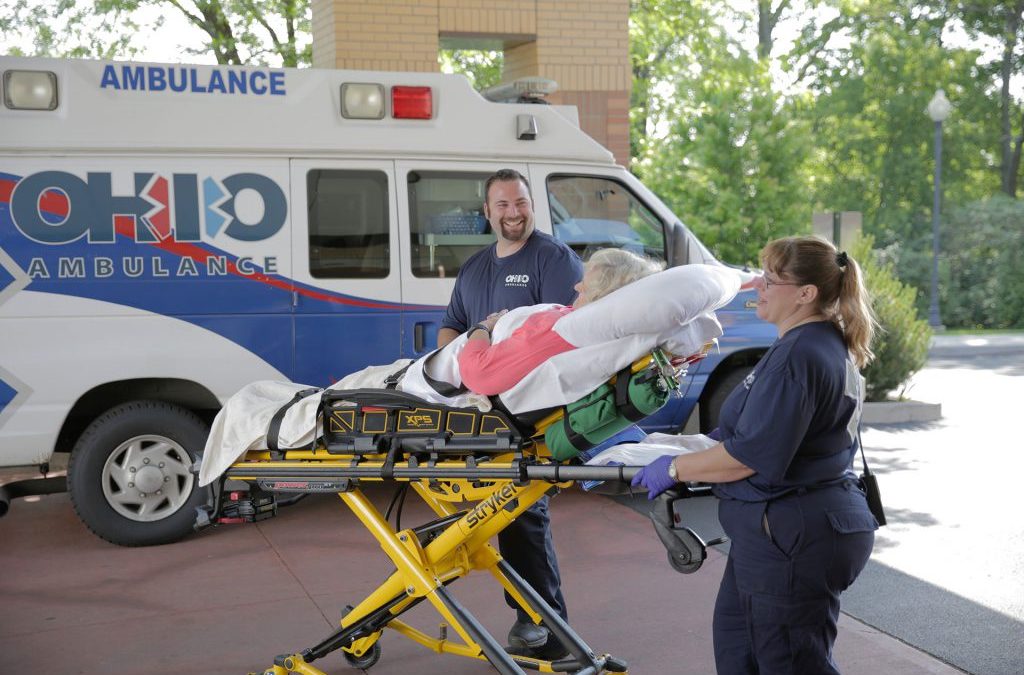 As an EMS professional, just because you aren’t on the clock doesn’t mean you’re off the job. Your training has taught you to deal with emergency situations wherever you may go. For most, however, that’s not much an issue. After all, if you didn’t want to help people you wouldn’t have chosen this career. Many others feel the same way. That’s why it’s important to thank them and recognize the good deeds of our EMS comrades.
People usually call 911 to summon emergency services. However, sometimes medical professionals are in the right place at the right time. Here are a few amazing stories about when that happened.

On July 4th, 2012 Penny Assman participated in Mount Marathon Race in Seward, Alaska. In spite of the fact that she had scoped out the course the day before she tragically made a wrong turn near the finish line. Assman found herself on the edge of a cliff with nowhere to go but down.
Lucky for Assman, Autumn Ludwig, an EMT, was there to break her fall. While the rest of the crowd backed away Ludwig “stretched out her arms to break the fall and turn Assman’s body at a safer angle,” reports Deseret News. Assman suffered broken ribs and a lacerated liver but had it not been for Ludwig there she may not have survived the 20-foot fall.

According to EMS1.com, paramedic Ryan Recker and his partner were traveling in their assigned ambulance when they just happened to witness a car accident right in front of them. Recker told the local newspaper that it isn’t often that something like this takes place right in front of them. He also told them that moments like that make really drive home for him how important EMS crews are.

On a typical day, Master Sgt. Zak Johnson, an emergency medical technician, and Tech. Sgt. Jesse Guest, a medic firefighter in Arkansas, would have their lunch on base. On January 5, 2018, however, the dining hall was closed. So they went to a restaurant for lunch. Minneapolis-St Paul Air Reserve Station says that Guest recalled the employee at the cash register announcing that service may be a little slow because they needed to call 911. That’s when Guest and Johnson saw the unconscious woman. They checked her vitals but she was unresponsive so they immediately set to help, asking if there was an AED on site.
The pair performed CPR on the unconscious woman until the ambulance came. Their job was not complete, however. When the EMS crew arrived,  they asked if Guest and Johnson had a medical background. When the two answered in the affirmative they were asked to continue helping. Thanks to their help the woman was stabilized and reports state that she is doing fine.

Positively.com reported about an incident when a police K-9 officer and her crew were flying to Atlanta. On the plane, Sgt. Paul Corso noticed a man across the aisle sweating badly. Corso attempted to get the ailing man’s attention but was unsuccessful in doing so before the man lost consciousness.
Corso and the flight attendants worked together to keep the individual stable until the pilot could make an emergency landing in Nashville. An ambulance met the airplane and took over emergency treatment. There is no report on the condition of the individual that Corso helped but there’s no telling what would have happened to him if it hadn’t been for the help of our emergency service providers.

An EMT went into Dunkin’ Donuts on May 31, 2014, on his way to work. It just so happened that he was wearing a carbon monoxide detector. When the detector went off the technician immediately evacuated employees and customers. An investigation found that a vent in one of the ovens was the culprit.

Do you have any inspiring stories of being in the right place at the right time? Leave your stories and thanks in the comments below!