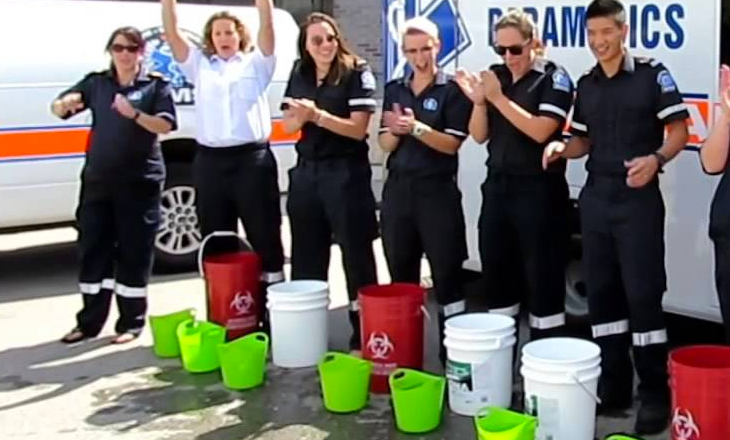 Every major step and accomplishment in my EMS career began while sitting in the front seat of an ambulance or at a desk in the station. I learned to master my downtime from the medics I shared the ambulance cab with.
Annette and Jennifer may have been the first true masters of downtime that I encountered. As a new trainee riding the backseat of their medic unit, they began their Saturday shift digging through the newspaper for garage sale advertisements. (I’m sure there’s an app for that now.) Before we had turned a wheel on our first assignment they had already mapped out the best garage sales near every posting location in our district. Saturdays, they explained, were for “garage sailing”, their term for pouring over the junk that people sell from their driveways every weekend. I was in awe. Between 911 calls and inter-facility transfers, each new posting assignment kick-started a new round of planning, driving and shopping. The day flew by.
Since that day I have encountered many other downtime masters who practice their craft of overcoming boredom with fun and productivity. Pam showed up to our first shift with a hand held GPS and introduced me to Geocaching.
Sparky liked sitting outside coffee houses so much, he often walked into one coffee shop still nursing a cup of coffee from another coffee house near our last posting assignment. Sparky enjoyed the conversations over coffee more than he enjoyed the coffee itself. He loved a good conversation. When he died unexpectedly a few days after one of our coffee chats, I thought about how glad I was that I hadn’t wasted my shift with him napping or staring out the windshield.
Travis and Julia eventually married, but their relationship started over their mutual love of movies which they would play on a portable DVD player balanced on the dashboard.
Amy and Jim went on a fitness kick. As their supervisor, I often arrived at a post to find them doing air-squats off the back bumper and sit ups on the bench seat with their feet tucked under a seatbelt.
I know a few medics who ran successful companies from the front seat of their rig. Troy was a real estate broker with a group of clients who were exceptionally tolerant of him saying, “Sorry, I need to hang up, I have to run a call.” His clients may have been annoyed by the occasional interruption, but they also liked the added trust of dealing with a public safety professional. Ryan ran his father’s rental-property management business and Mike brokered used cars that he bought at auctions.
I learned something from each of them about breaking through the boredom and monotony that often accompanies sitting at a quiet station or street corner post. In their own way, each one of them was a master of slack time.
Built my career on downtime
I basically built my career on downtime. From my early days as an EMT, when my partner and I drove around with a stack of paramedic textbooks piled on the console between us, to my years as a bio-tech consultant typing out reports on a borrowed laptop.
As an EMT instructor, all of my PowerPoints were built during the time between calls. That’s also when the first article I ever wrote for an EMS publication was typed.
When I was assigned to a slow station in my district I decided to write a blog. Fifteen years after my first article was published, I still do most of my writing during station downtime. (I’m writing this article in an airport while waiting for a connecting flight. Downtime shows up on days off too.)
How do you find fulfillment between calls?
It makes me wonder just how much of our fulfillment, enjoyment and maybe even long-term success comes from the decisions we make, not while on calls, but in between. We’re all given the same 24 hours at the beginning of each day but we all choose to spend them differently.
What we do is important. The decisions we make while an EMS call is in motion are crucial. That part is obvious. But the decisions that we make about what we do when we have nothing to do might be just as critical in the long run, and much less obvious.
*This article was originally posted by Steve Whitehead on EMS1.com.