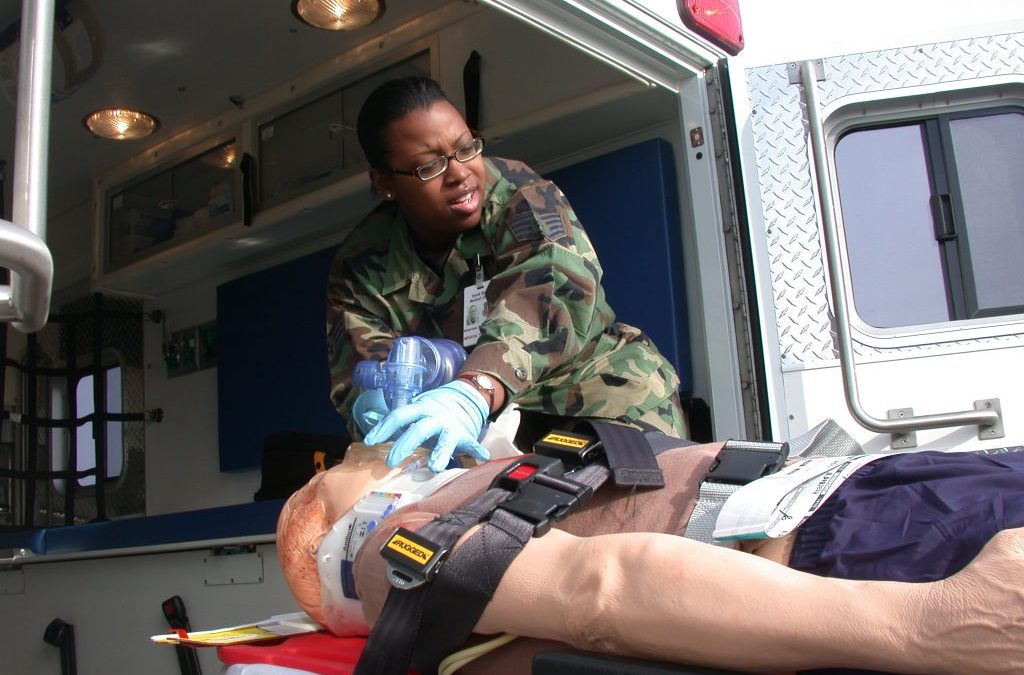 Yet another emergency services TV series comes our way with Ryan Murphy’s 9-1-1, which debuted on Fox on January 3, 2018. “Ultimately, 9-1-1 may be a too-predictable and unremitting show, but when it takes off, it’s quite the ride,” USA Today writes. TV Line dives deeper to say that “9-1-1 is an uninspiring jumble of recycled TV-procedural clichés, leaving its talented actors out to dry.”
What do you think? Do you enjoy seeing the EMS profession depicted on TV or are you tired of all the things they get wrong? Here are some of the most common EMS cliches. Let us know in the comments which ones get under YOUR skin!

Though some scenes in 9-1-1 are based loosely on actual calls, the drama starts high and only gets higher, leaving storytelling disjointed. However, unresolved plots and constant responses can be an accurate depiction, since emergency responders often don’t see what happens to patients after they enter the hospital.

In almost every show of this kind, every patient’s case is a giant mystery filled with twists. Sometimes our days can be boring. We might respond to an elderly person’s call that they can’t get up. Then we respond to someone passing out in church. That may not make for great procedural drama, but it’s part of the real-life job most of the time. Granted, we sometimes respond to an attack of gruesome violence. In some shows like The Night Shift, the drama matches the setting when characters are put into war zones.

Cliché #3: We can teleport!

Because there is not a lot of story involved with driving to a patient or incident, TV responders seem to arrive on the scene quicker than The Flash. In reality, an ambulance drive can take anywhere from 5 to 30 minutes. Traffic, weather, rural distance, and other factors greatly affect our response time, though we try to get there as soon as possible. The show Emergency! often indicated a time lapse to depict a realistic response.

Cliché #4: Pens are the most useful thing we can carry.

Yes, emergency responders think on their feet, but we leave our pens for writing. So many times, television EMS units respond to an emergency cricothyrotomy (or what they often refer to as “tracheotomy”). Or maybe a fluid-filled lung needs draining. The solution is almost always stabbing the patient with a hollowed out pen! If this doesn’t happen at least twice per season on any show, it will not be a medical drama. As reported in JEMS, Kisser, Braun and Huber researched the subject of using pens for emergency cricothyrotomies, and, well, it doesn’t really work. It doesn’t work, House!

Cliché #5: Every patient needs CPR or a defibrillator.

At least one patient per episode of any series falls into cardiac arrest. Then, the EMS team pulls them back from the brink of death with CPR or a defibrillator. In reality, if this happens, the outcome is rarely good. Only about 10% survive outside of the hospital. If you don’t hear ribs cracking, the medical professional isn’t doing CPR right. Try not to scream too loudly if you see a makeshift defibrillator like in MacGyver or a defibrillator used to bring someone back from asystole like half the time in Scrubs. That’s not what they’re used for, people!
We probably won’t escape EMS cliches on TV anytime soon. Since Emergency!’s departure, nothing has come close to representing emergency response teams accurately. Trauma was a traumatic experience in seeing unethical and unclean behavior and procedures. It grossly depicted EMTs and paramedics as reckless, irresponsible, unethical, and self-centered. Our best guess: 9-1-1 won’t come close, either.