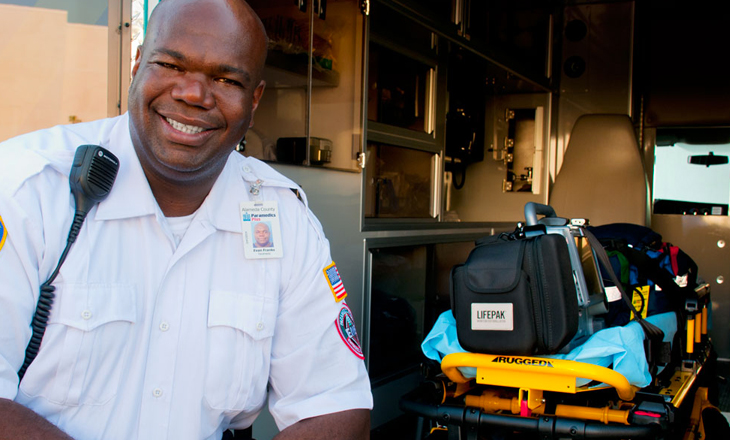 A key component of the delivery of timely and high quality emergency care is the Ambulances and First Responder vehicles. Responding to these emergency incidents and the subsequent transport of injured patients to hospitals involves inherent risks. Based on the high risk nature of using emergency light and sirens. In addition, this are compounded by the authority inmost states granting emergency vehicles permission to exceed posted speed limits, traverse highways and roadway many times ignoring posted signage adds to this risk. In addition to the risk to the EMS responders the risk to the motoring public in every community in our nation, is also increased with each emergency response.
Speed of delivery in both directions is paramount and requires rapid and efficient deployment with ambulances and other transport equipment proceeding rapidly while using emergency lights and sirens. As a result, motor vehicle crashes involving ambulances used for EMS pose a serious risk to both the crew and the patients. The collection of data for these ambulance crashes are typically reported on a local or statewide basis. In data collected by the National Safety Council for 1992 to 2011 Estimated Ambulance Crashes resulting in Injured Persons Between 1992-2011 there were an estimated annual mean of 1500 injury crashes involving an ambulance and 2600 injured persons* (includes ambulance occupants and occupants of all other vehicles involved).
The research further shows that:
• Of the annual mean 29 fatal crashes involving an ambulance:
58% while in emergency use
42% while in non-emergency use
• Of the estimated annual mean 1,500 injury crashes*:
59% while in emergency use
34% while in non-emergency use
To mitigate these risks, it is crucial that EMS responders are given sufficient education both in the physical operations of their emergency vehicles as well as the potential consequences of their actions as operators. There are several nationally recognized driver education program available. The most notable is the Certified Emergency Vehicle Operators Course (CEVO). This course promotes critical thinking during the pressure situations of emergency response. This video based course depicts situations faced by the emergency vehicle operators on a daily basis.
This four to six-hour course has been adapted from the National Safety Council defensive driving program and includes techniques unique to ambulance work. It trains drivers to navigate through traffic safely in both emergency and non-emergency situations. Courses such as these are just a starting point for emergency vehicle driver education. There is no replacement for supervised behind the wheel driving evolution by seasoned emergency vehicle operator. Lest we never forget driving and emergency vehicle is much different than driving our personal vehicles once we begin responding.
*This article was originally written by Len Guercia for the Lead EMS newsletter.