Who Were the First EMTs and What Can We Learn From Them Today? 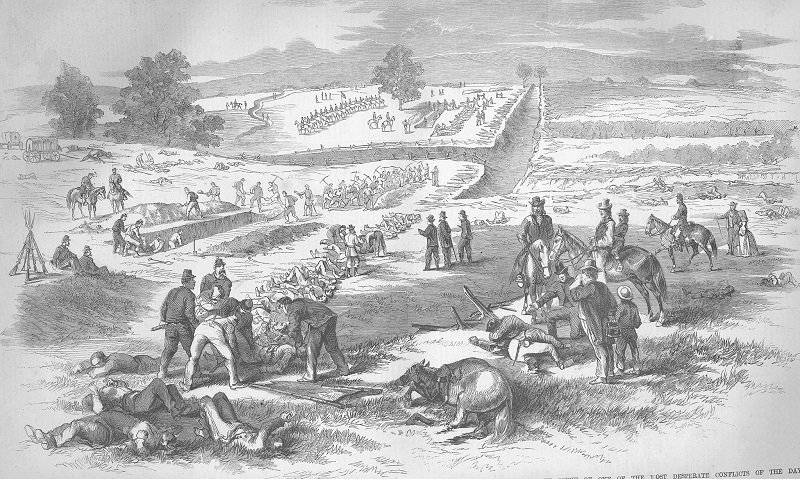 The origins of paramedics can be traced back to through organized war in some of the earliest civilizations. From Ancient Roman armies to the non-partisan Knights Hospitallers, war caused medical services to innovate under pressure.
As a paramedic or EMT, you continue a long historic tradition. Its origins even have ties to Cincinnati. Do you ever wonder who were the first EMTs? They brought medical know-how along with courage and conviction to their field. We can even learn from them today.

In 1792, Napoleon Bonaparte’s chief physician, Dominique Jean Larrey, witnessed the quick horse-drawn artillery. He applied the method to emergency medical services, taking pre-treated soldiers on the field to hospitals. However, it wasn’t until the American Civil War that medical professionals and civilian volunteers revolutionized healthcare.
The Civil War led to great innovation in medicine. Two figures stand out in regards to emergency response.

In the Battle of Second Manassas, it took a week to remove the wounded and dead from the battlefield. Jonathan Letterman, the Medical Director of the Army of the Potomac, found this unacceptable. So he innovated ambulatory services. The Civil War Trust explains, “Letterman started the very first Ambulance Corps, training men to act as stretcher bearers and operate wagons to pick up the wounded… He also instituted the concept of triage.”

Ryan Corbett Bell explains in his book The Ambulance: A History that Cincinnati was probably the largest producer of Union ambulances during the war. The city became the home of the first public ambulance in 1865. The Commercial Hospital of Cincinnati, now the University of Cincinnati Medical Center, developed the first ambulance service. Mr. James Jackson drove it, supporting the hospital’s physician Dr. Roberts Bartholow. Dr. Bartholow was accustomed to performing under pressure while caring for many patients. He served as a war surgeon with ambulances at his Union infirmaries. Following suit in 1867, New York City added a traveling surgeon with their new ambulances.

Because of a 1952 train tragedy in Britain, ambulatory services began to offer more care onsite before and during transport. Second Lt. Abbie Sweetwine of the British Royal Air Force differentiated the wounded, according to Air Force Medical Service. With her red lipstick, Sweetwine marked on victims’ foreheads an “M” for morphine or “X” for treated. Her quick thinking allowed ambulatory transporters to properly treat and avoid overdosing patients. For her ingenuity, she earned the nickname the “Angel of Platform 6.”

The emergency medicine field lacked in coordination as technology rapidly advanced. Both Presidents John F. Kennedy and Lyndon B. Johnson declared in the 1960s that automobile accidents posed one of the greatest dangers to our modern society. Soon after, the National Highway Traffic Safety Act was adopted. As the West Virginia Department of Educationstandardized EMS training, promoted state involvement, encouraged community oversight, recommended radio communication, and stressed a single emergency number.” The 1969 national EMS curriculum birthed the Emergency Medical Technician through standardizing ambulatory services. Coordinated reform continued with the 1973 EMS Systems Act and 1996 EMS Agenda for the Future.
Emergency medical training continued to increase and evolve. Once again Cincinnati was at the forefront. The University of Cincinnati was the first to train physicians in Emergency Medicine. Technicians and paramedics were no longer the only medical professionals trained in emergency response.

Though the speed and precision of ambulatory services have increased through innovations, the core concepts remain the same. Here’s how history hasn’t changed much:

Take the spirit and ingenuity of those who came before you every day. Because we have advanced technology in emergency response doesn’t mean we can’t still learn from the past.