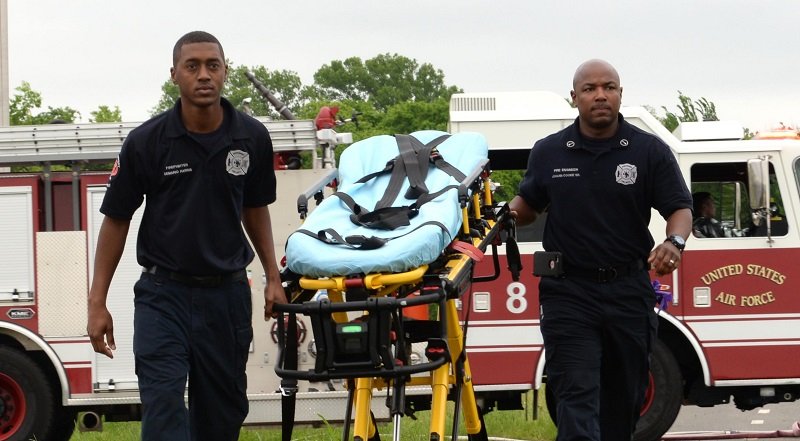 In the six years since a gunman opened fire on a theater full of moviegoers in 2012, emergency response personnel have begun to examine how they respond to mass shooting incidents. With each mass shooting, first responders learn more. Now, EMS practices are changing to prepare for the next one. Mass shootings are changing how just about everyone responds – from civilians to emergency personnel.
First responders are organizing scenes differently. There have been greater efforts to train civilians to render immediate care before EMS personnel arrive. Also, EMS personnel are changing how and when they jump into action.

More Attention to the Safety Perimeter

Mass shootings themselves are changing. More perpetrators are using secondary devices to cause more damage and to cause injury to more people. As the Journal of Emergency Medical Services notes, emergency personnel need to be aware of how and where they set up patient triage and care stations. They now keep these outside of a wider safety perimeter.

Emergency Personnel May Go In Before the Threat is Over

In mass shooting incidents, first responders must get involved as quickly as possible to treat victims. The Denver Post reported that in the 2012 Aurora incident, police officers loaded injured victims into patrol cars and transported them to the hospital for treatment, long before they knew if the threat was over. During the chaos, ambulances were blocked and EMS personnel struggled to get to those who needed help.

According to Fire Rescue 1, a major shift has taken place with regard to emergency medical contingency planning. All tactical personnel and line officers now get training in the basics of self-care and buddy care. First responders who are not medical personnel may help with bleeding control. In addition, some jurisdictions have begun to add a dedicated tactical medic to law enforcement teams. These individuals get medical training and wear tactical gear like helmets and body armor. Rescue task force medical teams differ from the tactical teams; they focus on quick assessments, and moving patients to a secondary location for triage, treatment, and transport to occur.

In 2015, the White House launched the Stop the Bleed campaign. The effort trains civilians, with or without medical training, to help victims who are bleeding. First responders can then engage bystanders in efforts to help control bleeding while EMS personnel assess and treat penetrating and blunt trauma issues.
Uncontrolled bleeding can quickly lead to death and is thus one of the most preventable causes of death in trauma incidents. The Stop the Bleed Campaign asks that tourniquets and trauma kits be placed with AED equipment in public places.

Early notification can help coordinate the response, wasting less critical time to save lives. A prepared emergency room will experience less confusion and chaos when there is an influx of emergency patients from a mass casualty incident.
Technology improvements and the proliferation of cell phones has made it easier for hospitals, EMS personnel, and law enforcement to coordinate responses. Speed in getting patients to operating rooms can save lives.